Get the latest posts and patterns straight to your inbox! Subscribe

Isola Maggiore is located in the Umbria region in central Italy and is the second largest island — and the only inhabited one — on Lake Trasimeno, Italy’s largest lake. Traditional Irish lace making, also known as Irish crochet, was introduced to Isola Maggiore in the early 1900s and has now become an important part of their local economy, along with fishing, agriculture, and tourism.

The women of Isola Maggiore picked up this intricate lace craft easily because of their experience weaving and mending fishing nets, which also required extreme precision. The openwork Irish lace designs are made using a very thin steel crochet hook and fine cotton or linen thread. While once there were many, now only a few lace makers remain in Isola Maggiore. When touring the island, you can find them sitting on their doorsteps with their intricate needlework, crocheting gorgeous lace and displaying their goods for sale on folding chairs beside them.

A Virtual Tour of the island

Come with me for a virtual tour of this beautiful Italian island and get a closer look at the Irish lace making tradition.

For our tour guide we have my lovely sister-in-law, who recently visited the Umbria region and shot a bunch of gorgeous photos of Isola Maggiore and the amazing Irish lace work for which the island is known.

Before we get to the lace, here are some interesting facts about the island:

When on the island, you can also visit the Museo del Merletto (The Lace Museum) to learn about the rich history of Isola Maggiore’s Irish lace making tradition and to see some of the rare and exquisite work that remains. The museum is located at the historic palace of Podestà of Torcello, in Piazza Galuppi, Burano, seat of the famous Burano Lace School which ran from 1872 to 1970.

The lace pieces inside range from doilies to tablecloths, to handkerchiefs, and even wedding dresses! Aren’t those intricate flowers and designs amazing!!

To learn more about the history of lacework and lace traditions dating back from the 16th century to the present, as well as reference a glossary of lace terminology and definitions, the museum has put together this 7-page download.

Click here for free lace crochet patterns from my blog. 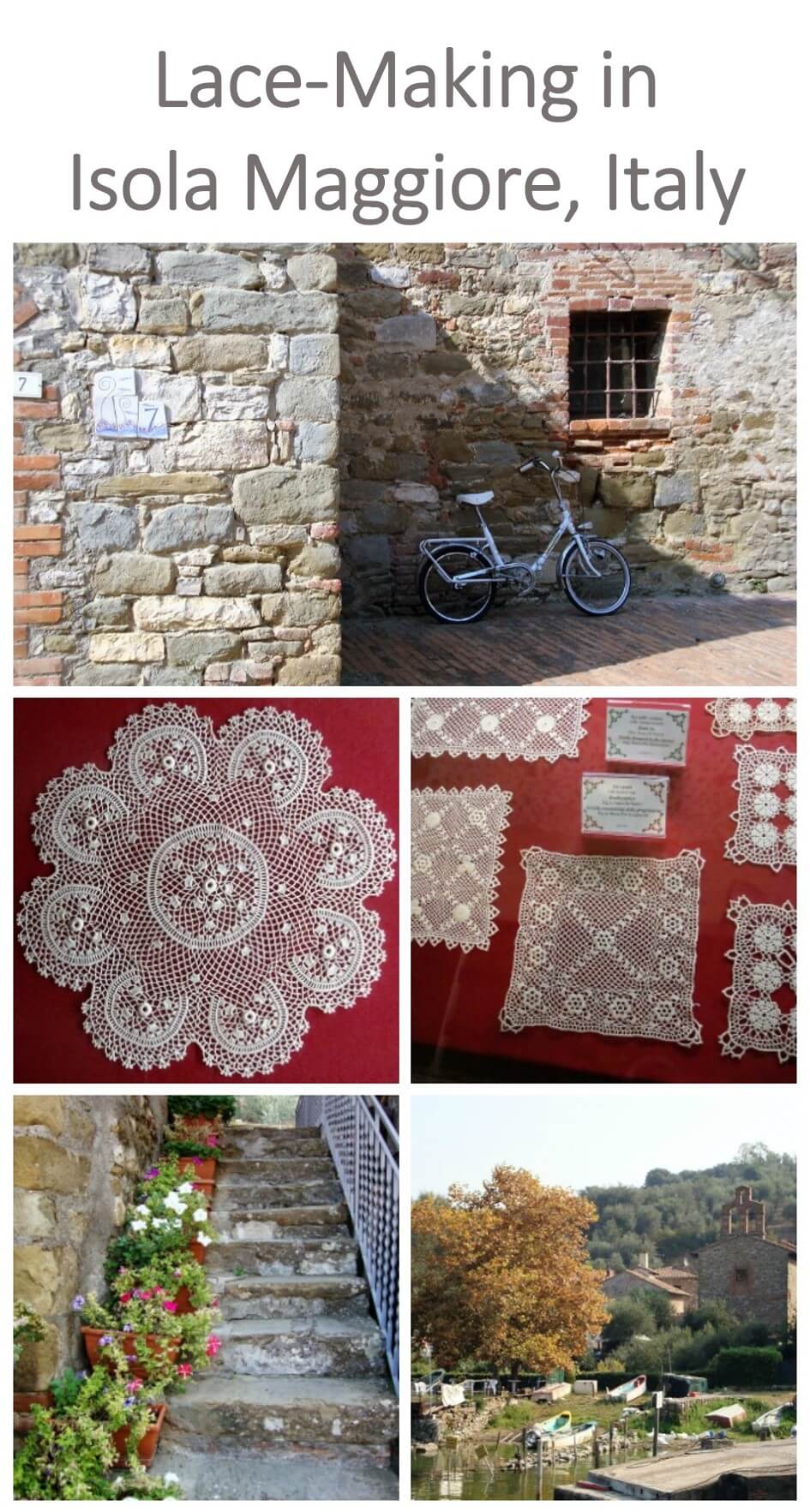 Get the latest posts and patterns straight to your inbox!

Get the latest posts and patterns right to your inbox!

This owl hooded blanket is so cute and cuddly and

These easy crochet hot pads are worked with two st

🎉 NEW pattern on the blog! Couldn’t we all u

🎉 New free pattern on the blog! One pattern ..

Now more than ever I’d like to encourage you all

Coloring eggs has never been so fun! Use bits of c